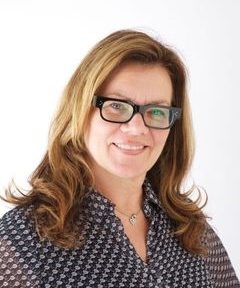 “I’ve been grieving the death of my caretaker and best friend, my grandmother Anna, who died suddenly when I was a small child.  My parents never told me what happened to her so I hid my grief which effected every aspect of my life going forward.  When I finally understood she had passed, I was devastated.  I’m still not over the fact that I never said goodbye to her.  I still miss her terribly. “  Terry says about her experience.  She adds

“Once I could identify this horrible feeling that I carried most of my life as grief, I began hosting grief writing workshops in New York City to help others express what they are feeling. It helps me too.”

Terry also began writing eulogies as the Managing Editor for TV Land Digital. TV Land airs classic television programs which were popular in the 60s, 70s & 80s. As the stars of these programs were passing away, Terry posted their death announcement on tvland.com.

Terry says, “These announcements became more than an obituary. I was often amazed at how a pattern of one’s life emerged —the twists and turns, opportunities given or missed, people they met, loved and cared for and the words and phrases that guided their destiny were affirmed. The stories shared by loved ones and colleagues revealed how they lived and how they touched people’s lives. I began to weave these stories into eulogies or tributes.”

Terry lives in New York City where she performs comedy, writes eulogies and hosts grief writing workshops to help heal those suffering from grief and loss.

GET IN TOUCH WITH US

We will respond to you shortly

About Write Your Grief Story

Writing Your Grief Story  is a healing, heart opening exploration that guides us into a shared place of surprise and discovery.